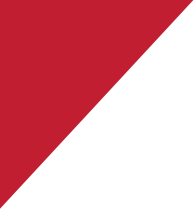 Congruex Builds Through Organics, and M&A

BOULDER, Colo., December 7, 2020 — The demand for fiber has never been greater. AT&T is looking to expand its fiber-to-the-premises footprint as it continues to put DSL out to pasture. Verizon is weaving fiber to help backhaul 5G. Cable operators, meanwhile, are pulling fiber closer to the home and deploying FTTP in greenfields. And the multi-billion-dollar Rural Digital Opportunity Fund (RDOF) is poised to open up fiber-fueled new-builds in underserved and unserved portions of the country for years to come.

On top of that, the pandemic, which has forced millions to learn and work from home, has spotlighted the critical need for speedy and reliable networks that can keep everyone connected. 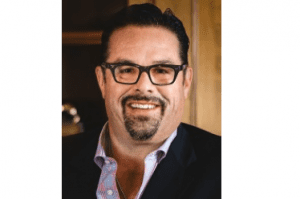 Taken together, these factors have stoked growth opportunities for network build-out contractors across the nation. While these trends clearly benefit large construction companies such as MasTech, Dycom and Quanta Services, it’s also opening up many doors for new and emerging players that are exploring new ways to meet the demand using a mix of organic growth, acquisitions and new standardized backoffice systems designed to scale up and improve the underlying operation.

One such emerging player that’s trying to check all of these boxes is Congruex, a Boulder, Colorado-based fiber network construction specialist with relationships with major service providers such as AT&T, Verizon and Comcast that will also pursue opportunities arising from the RDOF build-out bonanza.

Led by execs hailing from companies such as Level 3 Communications (now part of CenturyLink) and Comcast, Congruex has been on an M&A tear, having acquired several small and midsized, privately held contractors around the country. In tandem, Congruex is also developing a cloud-based, shared services platform that can tie it all together. 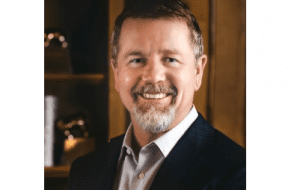 Congruex’s aim of late has been to acquire and roll up a selective number of those companies into a business with operational scale that still allows those acquisition targets to retain their independent identities.

“That’s our first step into what people would classify as wireless. We are agnostic to what the end point is, but it’s all driven by pipes that have to be put in,” Beans says. “The wireless networks are wired networks, anyway. They all have to be backhauled with fiber.”

Congruex expects to close two more acquisitions before the end of 2020, and explore additional M&A opportunities in 2021. Congruex today has about 2,300 employees. John Schanz, the former chief network officer at Comcast, joined the Congruex board in 2017.

Bridging the gap without breaking the culture

A big issue, Beans says, centers on the fact that few of the companies in this massively fragmented network construction market have scaled to the point that they have a balance sheet big enough to do all the work. That scenario has resulted in large integrators that hire subcontractors. In turn, this can cause margins and pricing to get out of control, he says.

Congruex says it’s focused on bridging that gap by providing not just the critical balance sheet, but also by underpinning it all with a common backoffice system that handles operational elements such as payroll, benefits and risk analysis.

That overall approach, Beans says, frees up these companies to focus on network-building while still preserving their individual cultures.

“They like to build stuff. But they hate to do all that other stuff. So we can empower that,” Beans says, noting that the owners and founders of the acquired businesses typically stay on. “In many cases, the names [of the acquired companies] are still on the truck. When your name is on the truck, you show up every day to perform.”

Congruex helps to set up margin targets, but it’s not dictating, for instance, how many people to put on a crew or what supplier to use or what brand of truck or piece of equipment to buy.

“We don’t meddle in that. So many companies, when they try to do roll-up, break the inherent DNA that made those companies great to buy,” Beans says. “One of the keys when you’re doing a roll-up is to not break what you buy, allowing that culture to survive while you’re blending it into a new culture they’ll adapt to, but keep their individual identities, especially in the local markets where they’ve done business for so long.”

The safety net, he adds, is that these companies are already used to running lean and that the firms being acquired effectively become big shareholders of Congruex, so they have plenty of skin in the game.

“They are tighter with the money than anybody. They’ve all had to scratch to get by, and they continue that,” he says.

On occasion, Congruex has to encourage its new partners to buy something new rather than rent it out. “We actually have to push them to think bigger sometimes … and to use the balance sheet,” Beans says.

Tasked with building Congruex’s shared services platform is chief information officer Rob Reynolds. Reynolds, a cable industry vet with linkages to Comcast, AT&T Broadband and Tele-Communications Inc. (TCI), is building out a systems development organization at Congruex that will extend a standardized enterprise resource planning (ERP) system across the company. That system will also tie into a data lake that will help Congruex answer key questions about the business, make mid-course corrections and, essentially, stay apprised of the day-to-day operational status of the company as a whole as well as at the regional level. 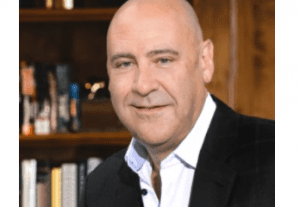 Congruex originally explored buying a company that would fit the bill, but ultimately decided to fund it as an in-house project that would help to “ignite an engine for us,” says Congruex co-founder and executive chairman Kevin O’Hara, who also co-founded Level 3.

“What Rob’s doing is not ancillary to our success. It’s critical to our success,” says O’Hara, who, like Beans, originally got into the construction business working for Peter Keiwit Sons. “In the construction and engineering business, you make or lose money every day … We’re at a size where we can’t keep all the information in our head anymore. We need early warning systems for when things start to get a little wobbly so we can take action.”

Reynolds says most of the companies under Congruex will be on all of the new systems by the end of 2020, with newly acquired companies being tied in by the end of Q1 2021.

Not all about M&A-driven growth

Congruex’s growth story is multi-faceted, O’Hara says. “We are also seeing healthy organic growth. This is not just growth by acquisition. We’re seeing nice growth in the footprints we’ve acquired.”

Congruex, which has presences in multiple parts of the country, including the southeast, midwest and parts of California, also views RDOF as a major growth opportunity.

Congruex has done a fair amount of Connect America Fund Phase II work, but the resources being tagged for RDOF “blows that away,” O’Hara says.

“Our business is sitting on top of the sweet spot of the top ten or fifteen RDOF markets,” Beans says. “We want to be that turn-key provider for the guys who are building in those areas.”

Executing on RDOF awards will be a challenge that service providers will be faced with. Congruex believes it’s in position to have the scale and expertise to take the construction piece of those projects across the finish line.

“There’s a lot of pressure in the market today because it’s starved for talent. Everybody’s building,” Beans says. “That’s the biggest challenge – getting the business is not hard, it’s getting the people that’s hard.”

Congruex was formed in late 2017 by industry executives, Bill Beans and Kevin O’Hara, in partnership with Crestview Partners. Congruex brings together leading engineering and construction companies across the U.S. into a harmonized platform with capabilities encompassing network development, engineering, construction, mandated road moves, maintenance and operations. Congruex’s customers benefit from the integrated skills that it can offer, either as single disciplines or as a turnkey solution with self-perform capabilities. Congruex’s engineering services operate nationwide and its construction services operate in the Midwest, California, and now in the Southeast. For more information: www.congruex.com

You can find out more about which cookies we are using or switch them off in settings.

This website uses cookies so that we can provide you with the best user experience possible. Cookie information is stored in your browser and performs functions such as recognising you when you return to our website and helping our team to understand which sections of the website you find most interesting and useful.

Strictly Necessary Cookie should be enabled at all times so that we can save your preferences for cookie settings.

If you disable this cookie, we will not be able to save your preferences. This means that every time you visit this website you will need to enable or disable cookies again.